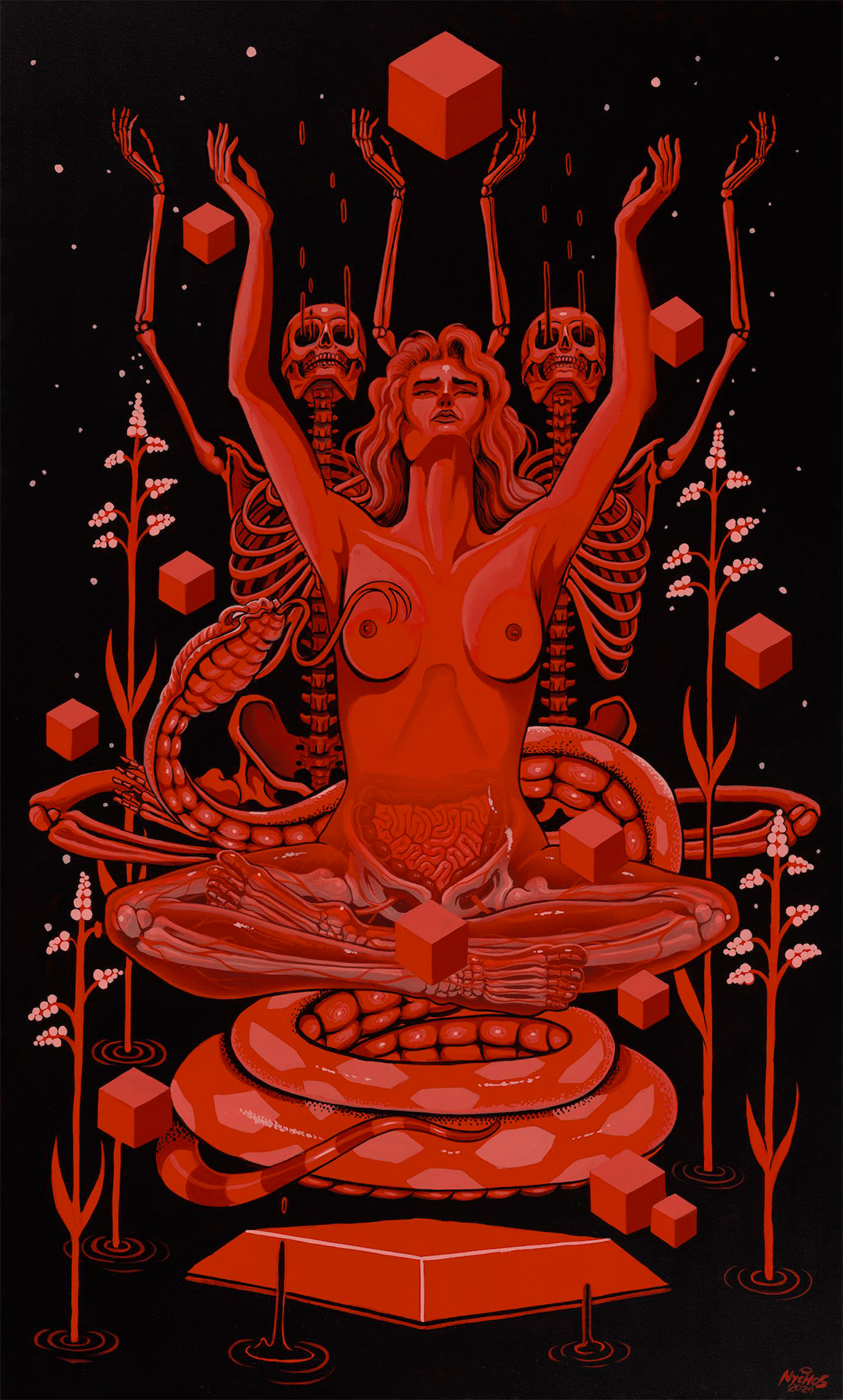 When Kundalini, the healing serpent, awoke within me, I began to delve more deeply into the chakra teachings. It is said that Kundalini sleeps in the first chakra, Muladhara, the root chakra, which resonates with the color red. In Muladhara resides issues such as stability, grounding, and primal trust. It is the chakra of the will to live. Kundalini represents the primal female force of creation. Once awakened, she arises up the spine to bring awareness into the chakras, helping us to identify blockages.